We are excited to unveil the 2022 Drag Racing Schedule as Firebird kicks off the 54th year of NHRA drag racing in the Treasure Valley foothills.

The first major event this season will be the eBay Motors Spring Warm Up & Swap Meet. The event returns for the 27th year on April 8-9. Vendors, buyers, racers and fans take part in the largest automotive swap meet in the 5-state intermountain west.

The oldest event on the track schedule is the NAPA Auto Parts Ignitor Nitro Opener presented by Peterson Chevrolet is set for April 29-30, May 1. The Opener will feature Nitro cars at the first major event of the season.

Mark your calendars today for August 5-7, Firebird’s “signature event”, the 51st Annual Nightfire Nationals will feature Nitro cars, Pro Mods, Jets and the “Outlaw” Wheelstander under the lights. We’re also very excited to be the home of the oldest major bracket tournament in North America. The Bracketeers will showcase Firebird’s richest sportsman purse of the season. We guarantee it will be the “RACE OF THE YEAR IN 2022“!

Street Outlaws-No Prep Kings will make their third appearance at Firebird on August 26-27. The stars of the hit t.v. show on the Discovery channel will compete over two nights in some of the wildest heads-up racing ever witnessed on the west coast.

The NHRA will return to Firebird for the prestigious Summit E.T. Finals over Labor Day weekend, Sept. 1-4. Better than a dozen tracks and hundreds of racers will battle it out for northwest bragging rights, along with an opportunity to earn a spot to run for a national championship at year-end.

The NAPA Auto Parts Halloween Classic XXIX is locked in for October 5-9. Customary to past years, it will be the Halloween party of the year for racers and their families who will be participating in our final major event of the season. 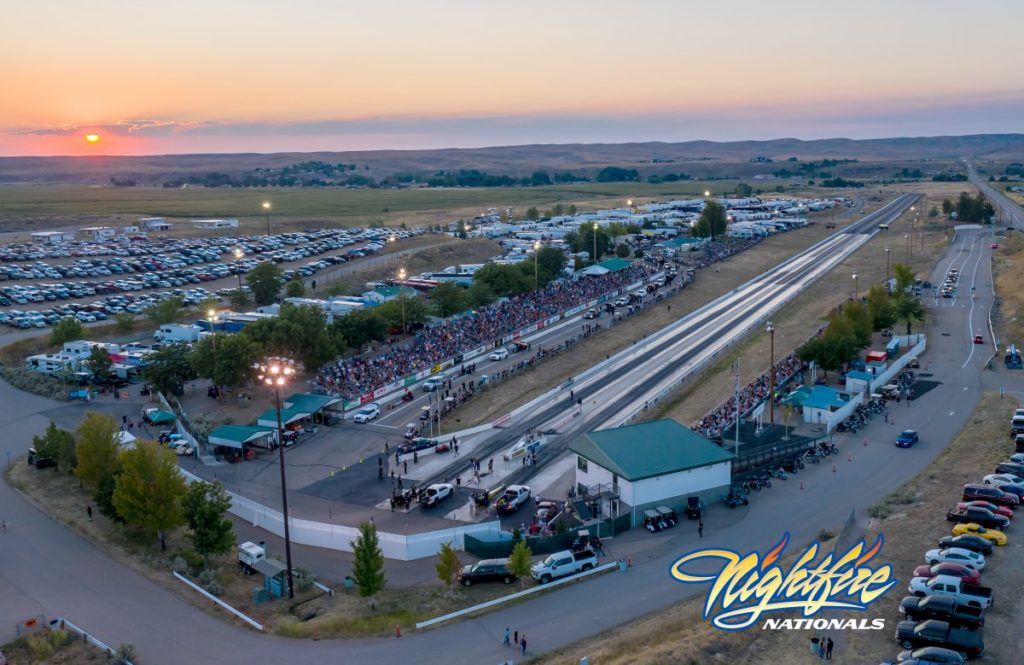 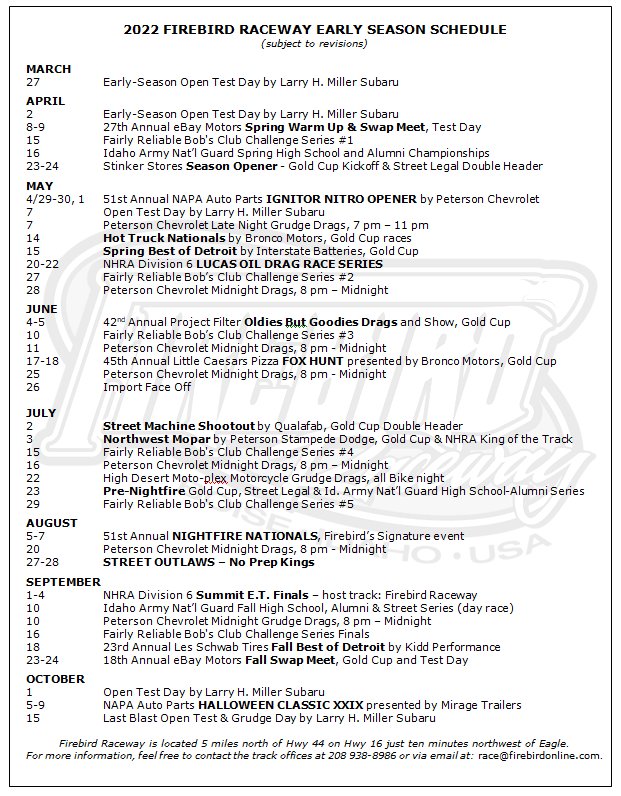