Firebird was founded by the late Bill New and his wife Ellanor back in 1968. The expansive drag racing facility was built from scratch paralleling Highway 16 frontage in a south to north direction. Hosting nearly fifty racing days each season, the NHRA member track traditionally begins each season in April and continues through mid-October. In total, literally tens of thousands of fans and racers attend events every season.

Operated today by the second generation of the New family, sometimes referred to as the New Crew, each of them are dedicated to following the same motto, “We strive to provide a clean, first-class venue for the racers and spectators to enjoy our sport. Often called the Firebird experience, we will go out of our way to create affordable and action-packed fun for your entire family.

Furthermore, we jump start each race season with the Boise Roadster Show staged at Expo Idaho. As Idaho’s largest motorsport’s event, the show is a three-day and night ISCA-sanctioned rod, custom and truck show that traditionally lands on the second weekend of March.

Firebird is also proud to be formally nominated in the National Register of Historic Places. After better than 50 years in operation, we are listed today within the archives of the National Parks Department.

In the first person, meet the management team who help to run the Firebird race track: 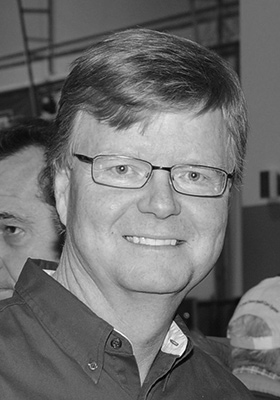 I have literally grown up at Firebird, first starting to work at the front gates and track clean-up when I was still in grade school in 1972, at 10 or 11 years old. After five decades of virtually—living, eating and sleeping this remarkable sport of Drag Racing, it has been one amazing ride. Wearing many hats, you can often find me assuming the roles of event director and track announcer, in addition to working on the starting line, tech and occasionally taking a photo or two.

Raised in Boise, I went to school at Jefferson, South and Borah, along with Boise State University securing a degree in Marketing. Today, I am married to my wonderful wife Debbie and enjoy companionship with our dog Baxter. Hobbies and interests include: fly fishing, hiking, biking, skiing and attending a few Shakespeare plays every Summer. 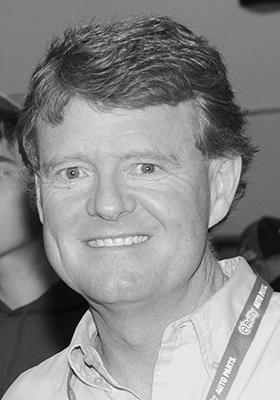 There is not a day that goes by that I am doing the same thing. Born and raised in Boise, I’ve spent literally my entire life working on all kinds of things at Firebird. Guess you could say I’m a jack-of-all-trades. Whether it is managing the food and beverage operation to helping with major and minor capital improvements at the raceway, I get to do it all. Growing up, I had a lot of hands-on training from my father, and quite a number of other key people that have helped us over the years. Fortunately enough, this has benefited our company in a lot of ways.

Whether it might be fixing a broken water line to building concrete retaining walls, my work background is multi-faceted and fun to do most of the time. Although I went to school in Boise at Jefferson, South and Borah, in all honesty I’ve truly learned the ropes through the school of hard knocks. Married to wife Anna, we have two children, Connor and Colin, both of which enjoy the sport of Drag Racing, too. I really get a kick out of skiing and having fun playing a variety of sports and activities with my two kids.

Where do I start. Drag racing is in my blood. We truthfully don’t look at what we do as a business, it is honestly a way of life for all of us. Growing up in the New family, I spent time in the early days working in the water box, before landing in the chief starter’s role. I learned a lot in those years. It wasn’t long before my father sought my assistance at the front gates, which I oversee and run with a number of key staff today. During the week, I change my hat over to the marketing side of our operation. We have better than 200 companies that tie into our raceway in a variety of levels of advertising and promotion.

My goal is to try our best to help grow their business as a marketing partner of the raceway. I’ve had the good fortune of becoming acquainted with so many good quality people and businesses who have aligned themselves with Firebird. Brought up my whole life in the greater Treasure Valley, I attended school at Jefferson, South, Borah and secured my Management degree at Boise State University. My son Austyn is a great inspiration to me as continues to get older and excel in life. When I have a free moment or two – “what’s that? – biking or just being outdoors is an enjoyable retreat with my fiancé Katie and her family. 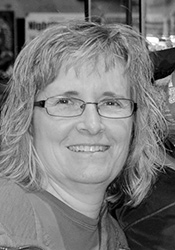 After my first official encounter with Scott back in 1983, one of the first Firebird events I attended with my brother Rick was the 1984 Fox Hunt. Simply put, it was one of the largest single day races in the history of the track with a line-up of cars (including us) literally miles to the north and south. I was blown away by the whole experience. After attending school at Franklin, South, Borah and earning a Business degree at Boise State, I went into the banking industry, working as teller and loan processor for many years.

As Firebird continued growing over the years, I became more and more involved. Today I’m responsible for accounting, payroll and ticketing both before and after events. In addition, I can be found assisting at the front gates, tower, souvenir stores and where ever I might be needed. A native Idahoan, I have been happily married and together with Scott for nearly four decades. Together, we have an adorable West Highland Terrier named Baxter. 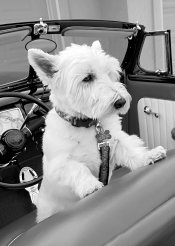 I have a vast array of responsibilities with the company. First, I’ve been assigned squirrel patrol, trying to fend off the insurgence of any and most all squirrels in the neighborhood. Unfortunately, they have a decided advantage on me called trees!

My favorite thing to do aside from napping on the laps of every member of the New family is to go on extended walks in the Eagle foothills. This is my perfect chance to “meet `n greet” fellow hikers. I love the outdoors! Occasionally I get to go to Firebird. I really love drag racing.  It’s a real honor to be recognized as the Firebird Mascot…aka – the track DOG.

See you at the RACES!!

Job Opportunity
If you have interest in joining the Firebird team, please fill out the link to the job application and either email it or fax to 208 938-8961.