We are excited to unveil the 2021 Drag Racing Schedule at Firebird. This year’s calendar of events starts in late March and finishes in mid-October. 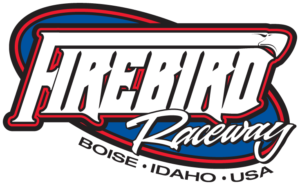 Celebrating a very special milestone, the 50th Anniversary NAPA Auto Parts Ignitor Nitro Opener presented by Peterson Chevrolet is set for May 1-2. The Ignitor will feature Nitro cars at the first major event of the 2021 season.

Mark your calendars today for August 6-8, Firebird’s “signature event”, the 50th Annual Nightfire Nationals features Nitro cars, Pro Mods, Jets and the “Outlaw” Wheelstander under the lights. We’re also very excited to be the home of the oldest major bracket tournament in North America. The Bracketeers will showcase Firebird’s richest sportsman purse of the season. We guarantee it will be the “RACE OF THE LAST FIVE DECADES“!

Fall is one of the most beautiful times of the year in the greater Treasure Valley. We are very excited to play host to the closing event in the Division 6 Lucas Oil Drag Race Series, which is set for Sept. 17-19. Classes will include: Comp, Super Stock, Stock, Top Dragster, Top  Sportsman, Super Comp, Super Gas, Super Street, Sportsman Motorcycle/Sled, Super Pro, Pro and Heavy.

The NAPA Halloween Classic XXVIII is locked in for October 6-10. Customary to past years, it will be the Halloween party of the year for racers who will be participating in our final major event of the season.

Preliminary Track Schedule (above), subject to change. A more detailed race schedule will be mailed and circulated in February.