Big tip of the fedora goes out to all of the racers who competed on the Firebird team at the Summit Division 6 E.T. Finals at Woodburn Dragstrip.

Chris Wingert won the Race of Champions-Pro title, which includes an invite to compete for the national championship in Vegas on the final weekend of October.

Firebird racers waded deep into eliminations on both Saturday and Sunday. Team Firebird finished second overall to Woodburn in the Track Manager’s Cup, which is contested on Saturday during the Race of Champions showdown. In addition to Wingert’s victory, runner-up finishers were captured by Seth McLean (Super Pro), Cody Waisner (Sportsman) and Journey Morrell (Junior Thunder).

On Sunday, the main event saw Team Firebird finish in 5th place. Runner-up finishes were earned by Colten Bullington (Junior Lightning) and Journey Morrell (Junior Thunder) for another second place plaque on back-to-back days. Courtney Alley came oh so close, too, falling in the semi-finals on Sunday in the Pro category.

All of us in the New family and our entire staff are proud of all those who made the trip in 2021!! 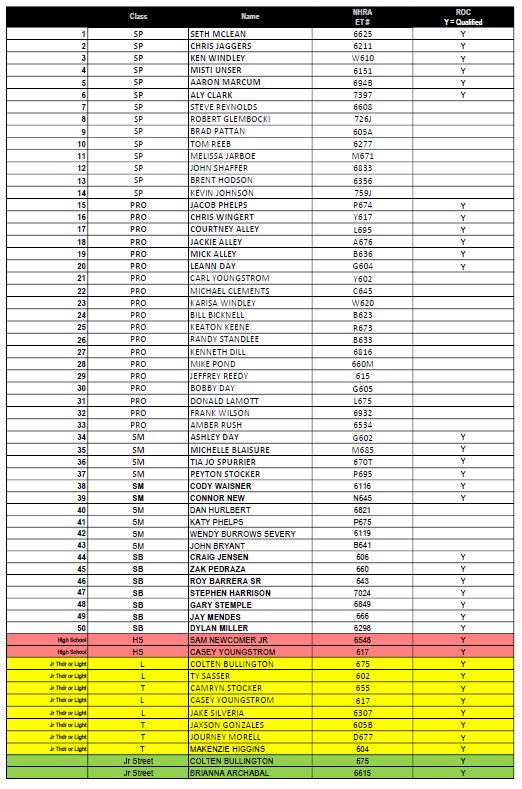