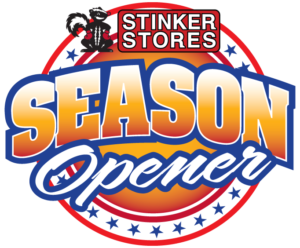 The Firebird Season Opener presented by Stinker Stores returns on Sat-Sun, April 23-24. The two-day double header weekend of racing is the official kickoff to the 2022 Boise Muffler/NAPA point’s series.

Gates will wing open at 8 am daily, followed by time trials and qualifying. First round of racing is set for 2 pm on Saturday. A second separate day of racing will be staged on Sunday, too.

Racers who register online will be offered the advantage of early bird parking (and tech) on Friday evening from 4 – 7 pm.

This event marks the start of points in a variety of classes. This is also the opening stop for earning a spot later this Fall at the Summit E.T. Finals, which will be hosted by Firebird this Sept. The top 60 racers in Super Pro, Pro, Sportsman, Sled/Bike, Junior Dragster, High School and Jr. Street will lock in an opportunity to compete at the Team Finals.

Another fun aspect of this race is that it marks the opening stop in the Land of the Leaders Challenge. This is a 4-race series between all the tracks in the Northwest Division. Super Pro, Pro, Sportsman and Sled/Bike earn points. Both an embroidered jacket and NHRA Wally trophy await the top finishing point’s racers within the Division 6 region. 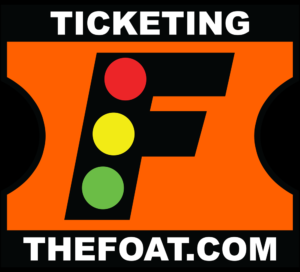 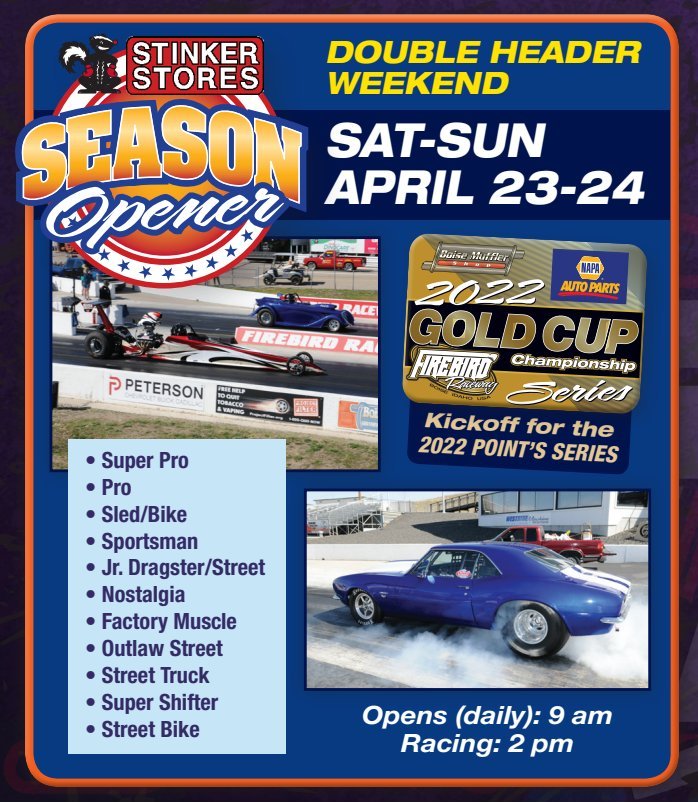 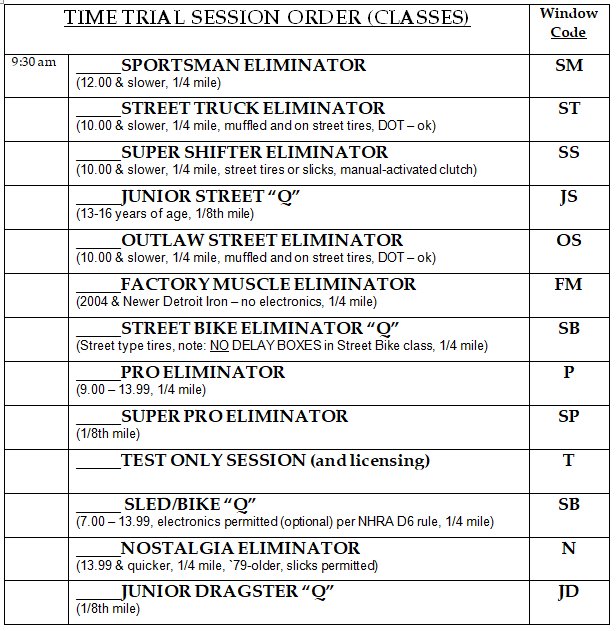