Since 1978, Firebird racers have traveled to the Division 6 Team Finals in force. No different in 2016, we are looking forward to heading to Mission Raceway Park in Mission, British Columbia, for the Summit E.T. Finals over Labor Day weekend. 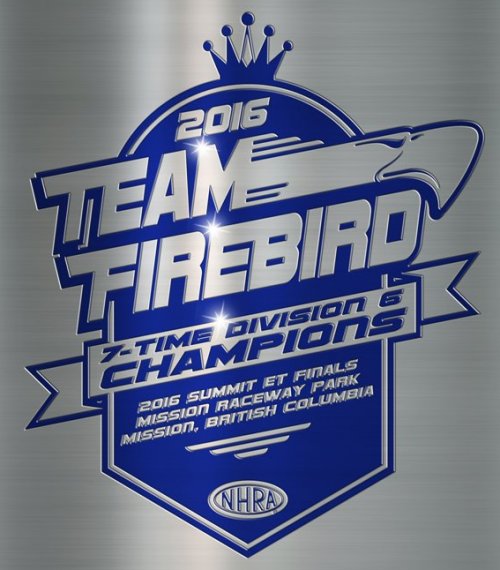 Team Firebird is loading the cannons with a strong field of racers heading to one of the fastest tracks on planet earth. Located next to Fraser River, the track sits literally at sea level, providing plenty of oxygen-rich conditions that race cars love.

Although many spots have been spoken for, we still have room on the Firebird team if you’d like to join us. A minimum of 3 event race days and a registration is requisite to participate on the team. But if you have a passport (to cross the border) and want to attend, please let team captain Tami Shaffer know pronto. Her email is: [email protected]

The competition will no doubt be stiff, but it’s time for Firebird to head to Mission on a “mission” to bring home titles, cash and NHRA Wally trophies. It’s testing on Thursday, a special Gambler race open to all competitors on Friday, the Race of Champions on Saturday (which includes a trip to Pomona and the NHRA World Finals to each of the champions) and then the main Team Race on Sunday.

Let’s go up there and clean house. Wouldn’t it be cool to put a ton of Firebird racers in victory lane!!!!