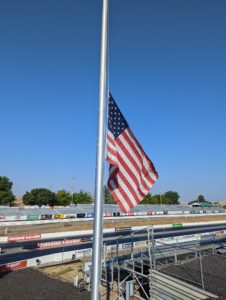 All of us were exceedingly crushed to learn of the tragic airplane accident on Wed., Sept. 14, in eastern Idaho that took the lives of Jerry N., 63, and his wife Margaret R. “Kitty” Trolard. To all of us that became friends with Jerry over the years, he was genuinely one of the hardest working, give the shirt off your back kind of people that you’d ever cross paths with.

During this past Friday’s final Club Challenge Series race, Firebird officials and every racer competing at the event paid tribute to the Trolard patriarch and his wife. In their honor, during the national anthem and throughout the weekend’s events, the American flag was displayed at half staff.

Looking back in time, Jerry was the leader of the Melba Outlaws club. He helped recruit, encourage and build a nearly unbeatable group of racers for many years in the Club Challenge Series at Firebird.

Together, the Melba teams literally built an empire under the watchful eyes of the late John Wood, and followed by the inspirational leadership abilities of Jerry and all those who called or call themselves an Outlaw.

In many walks of life we all come to meet maybe a handful of people that you just instantly respect. In such a positive way, Jerry was truly one of those one of kind of people. He was also a person that didn’t take long to get his point across. He told it like was. No beating around the bush, Jerry was clearly someone that wouldn’t sugar coat anything or anyone.

Conversations with Jerry were very well thought out and thoroughly considered. He was not someone who would spend a lot of time trying to put a political spin on this or that. It’s one of the reasons so many people were quite fond of the man and the character he became.

His generosity was second to none. As a club, they gathered together many times every year. During the off season, the Outlaws would typically have a celebration, whether they won a championship or came close. It was a way to build fellowship and long lasting friendships.

Jerry was a master recruiter. As the old adage goes, he could sell snow to an Eskimo during the middle of winter. It didn’t matter if it was a neighbor, a friend down the road, a sister, a person you worked with or whomever, he was driven to fill his team with racers.

The blue oval was his brand of choice. The Ford Mustang fit his driving style and personality perfectly. He not only supported the Club Challenge Series, but he really enjoyed running against racers in both the Pro and Heavy categories at major events, winning a number of times. He was quite competitive and as t.v. commentator Keith Jackson once so famously stated, “the thrill of victory!”.

Unquestionably, he was a hard worker. Jerry didn’t let a day go by without working on something. He did everything from work on his race motors and transmissions, to even painting the car if it was needed. He was a jack of all trades.

“In our eyes, Jerry was the salt of the earth,” mentioned Firebird’s Scott New. “Over the years, he was a tremendous supporter of all things at Firebird. He loved our sport of Drag Racing. We will all miss his bigger than life personality and enthusiasm immensely.”

On behalf of all of us in the New family, our entire staff and the racing community, we send our condolences and sincere sympathy to the Trolard family and all of you who considered Jerry and Kitty a friend. 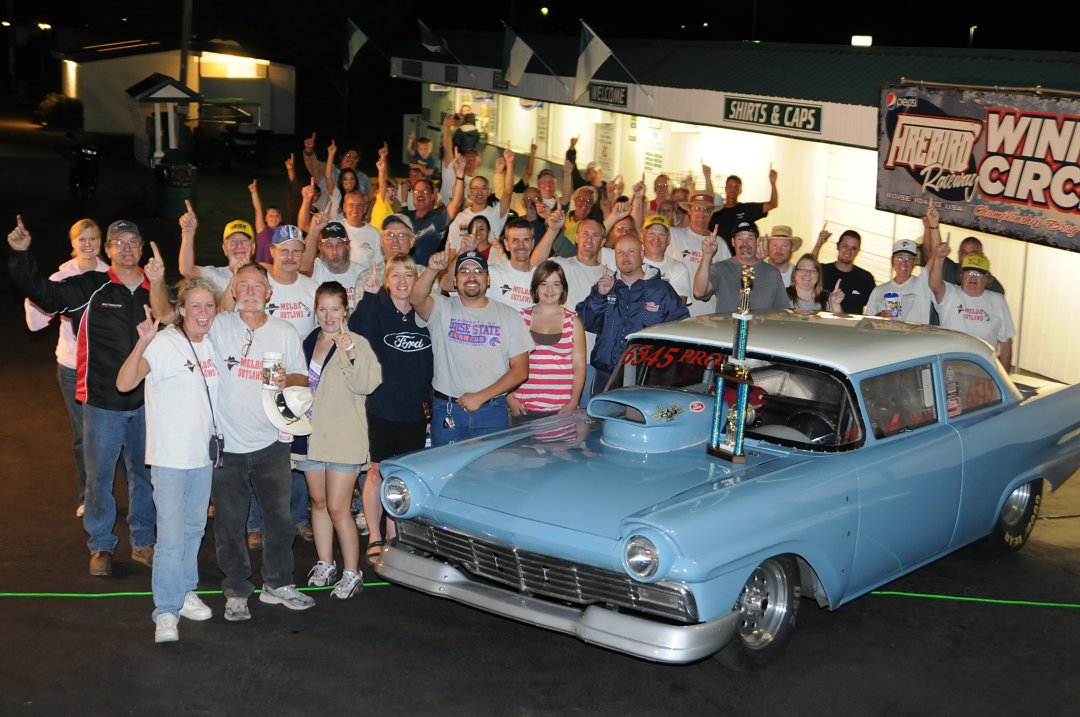