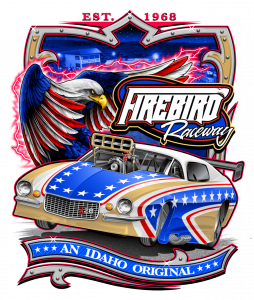 After starting in March and concluding in mid-October, the 2021 Season has been undeniably one for the history books. On behalf of all of us in the New family, thank you for attending events throughout our 2021 calendar.

At the forefront would by the amazing support by all the race teams, the fans and our extraordinary sponsors, we simply could not do what we do every year without each and every one who participates or attends Firebird events.

It was a year filled with milestones, too. Firebird’s signature event, the Nightfire Nationals celebrated its 50th Anniversary in August. Likewise, and after a one-year sabbatical, the Ignitor likewise turned fifty back in May. Both events surpassed all pre-race expectations and projections. Quit honestly, we were all humbled and grateful for the out pouring of racers and fans alike.

We opened the year with the Boise Roadster Show. After the show was shuttered in March of 2020, we were excited to be the first major event at Expo Idaho in the span of virtually one calendar year. From a purely mental perspective, it was just what the doctor ordered as an entertainment event that so many of us not only desired but needed to bring a small slice of motorsports back into our daily lives.

There were many other high points during the racing calendar. The recently concluded Halloween Classic not only attracted one of the largest participant counts of the past decade, but also featured much of the pageantry and Halloween fun that attendees have come to love. It was a blast to be a part of.

2021 proved to be a “battle royale” in both of Firebird’s highly-competitive and well-supported point’s championships. Both the Gold Cup and Club Challenge Series went right down to the wire in several categories and divisions. From a purely sporting perspective, it was fun to watch and certainly intense as a competitor, as racers wrestled for year-end prize packages, awards and cash.

Firebird was home to a number of events that played to a national audience, too. After waiting two years to pull off, the Street Outlaws-No Prep Kings event was an absolute barnburner with many stars from the hit show on the Discovery channel competing at the two-night race. The Lucas Oil Drag Race Series helped close out the Northwest Division in mid-September. It was the forty-fifth year Firebird hosted a NHRA Division 6 point’s race, as twelve different winners emerged from the weather-shortened race. Additionally, the sport compact community competed in a major race and show at the acclaimed Import Face Off event.

There were many other highlights and high points, too. Most noteworthy, we are indebted to every member of our team. The Firebird staff is hands down the best of the best at what they do. Whether it is enduring temperatures in the triple digit zone, freezing cold or even battling a wet race surface after an unwelcome shower, they never, ever quit. Each of them are the heart `n soul of our entire operation. We cannot not thank them enough for all their hard work and efforts.

It is truthfully bittersweet to see the season come to a close. Yes, it is nice to take a bit of a breather this off-season, but at the same time – all of us can’t wait to unleash the beast in 2022.

Thank you to all of you  who took up residency at Firebird and our Roadster Show events this past season.