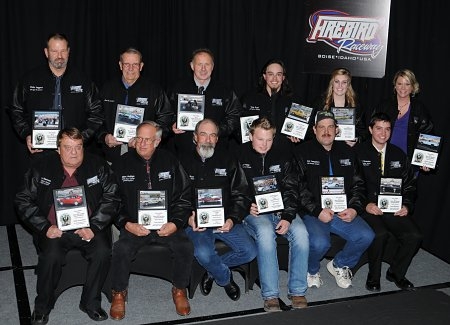 The 47th edition of the Firebird Award’s Banquet officially brought the 2014 NHRA Drag Racing Season to a close on Saturday night, November 22nd. Held in the Ballroom of The Riverside Hotel in Boise, the Banquet featured an evening packed with awards, which included upwards of $15,000 in cash and prizes. Post Banquet festivities went till the wee hours of the morning as many gathered in the Aspen room after the conclusion of the awards program for music, socializing, dancing and cocktails.

Voted on by his piers, Tyler Rush was awarded Bracket Racer of the Year. Rush also won his second consecutive Sportsman Track Championship. Sweeping honors for “Lady Driver of the Year” was Casey Compton.