The time has almost arrived for the return of the oldest event on the Firebird track schedule. The 50th Anniversary of the Ignitor Nitro Opener features AA/Nitro Funny Cars, along with terrific field of sportsman competitors.

The NAPA Auto Parts Ignitor presented by Peterson Chevrolet is the opening stop in the 2021 NHRA Hot Rod Heritage Series. 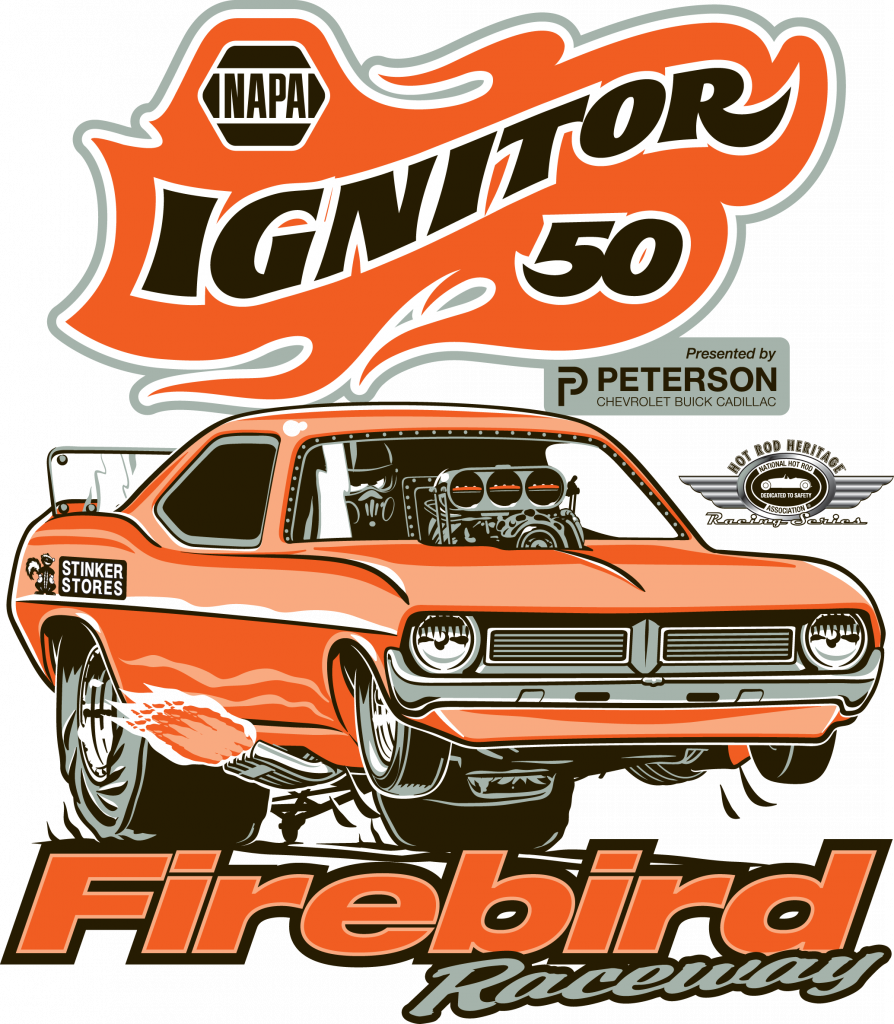 The open 8-car qualified field will have an opportunity to test on Friday afternoon (running from noon-6 pm). Qualifying will officially kickoff with three jam-packed session at Noon, 3 pm and 5:30 pm on Saturday. Sunday’s final eliminations are schedule for high noon.

BEST OF ALL: as a token of our appreciation to all the families who attend the Ignitor, kids under the age of 15 admitted at no charge. Yes, FREE!

Racing will be offered in all the Boise Muffler/NAPA Gold Cup eliminators, which includes Super Pro, Pro, Sled/Bike and Sportsman. The two-day event will feature the richest purse in the five-decade history of the Ignitor event.