We are very excited about the return of the Fairly Reliable Bob’s Club Challenge Series. The six-race series is set to kick off on Friday evening, April 28th. We will once again offer three levels. The Silver Cup is for teams up to 26 racers maximum. The Bronze Cup is for 7-12 team members. And the Copper Cup is open to 6 or fewer competitors.

To register a team, it is $40 and due by the first event in April. Registrations can be submitted at the Firebird Sport Shop.

The New Crew annually hosts a Pizza Party for the three overall team champions. We are also excited to announce the return of the Club Grand Championships. We will award the overall winner a pull-along trailer on Wed., October 11th. The runoff will be staged in conjunction with the NAPA Halloween Classic XXIV. Special thanks to trailer sponsor Quality Trailer Sales. 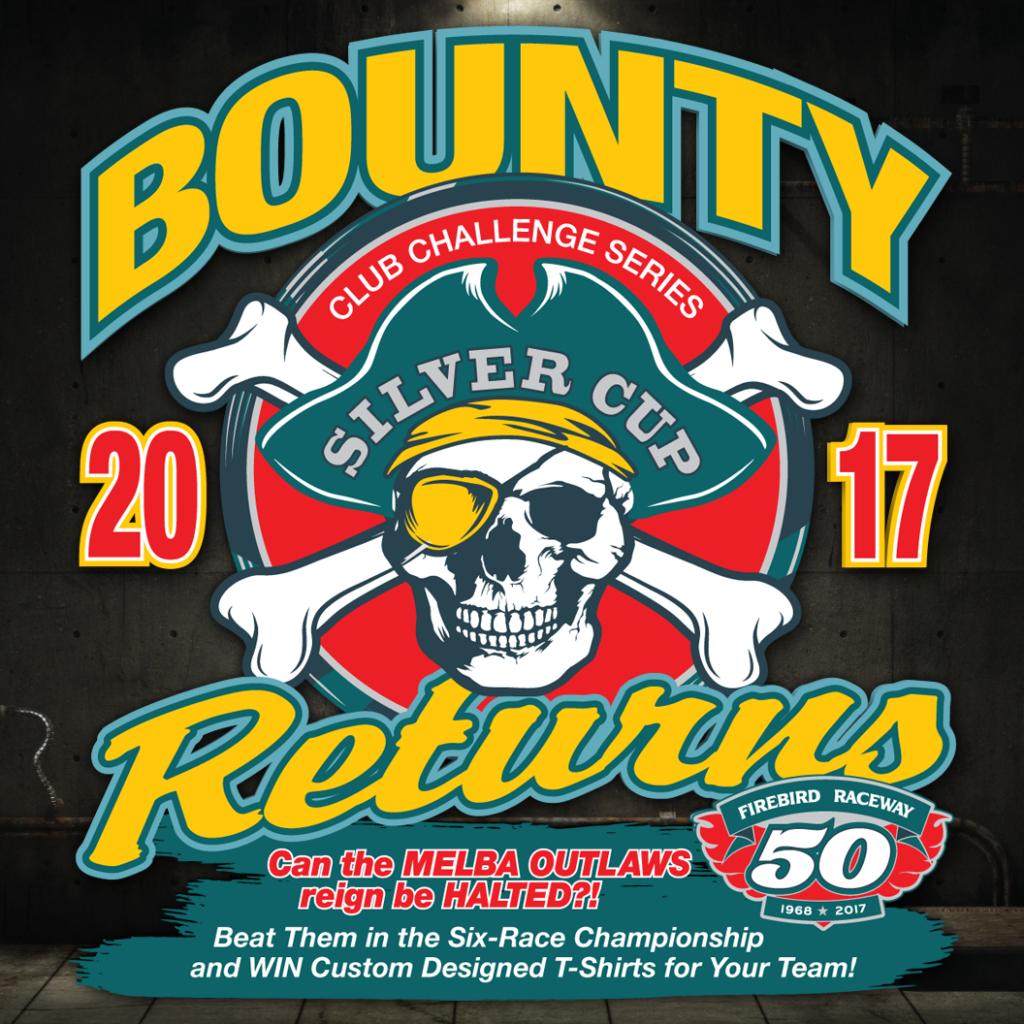 2017 marks the 27th consecutive year of the Club chase. With the cap modified to 26 racers per Silver Cup team (last season), we thought it would be fun to once again spice things up by offering a “Bounty” to any team that can unseat the mighty Outlaw juggernaut.

They have remained unbeaten since 2013, so it makes sense to us to re-toss an incentive into the ring for all the opposing Silver Cup challengers. Should your team beat the Outlaws at the end of the season, we will outfit your Sweet 16 qualified racers at the Classic with t-shirts.

If you’re up for the challenge – register for the Silver Cup. We will see if you’ll be the first since 2012 to win the big enchilada. If you do, you’ll win the “Bounty t-shirts” at year-end. If you’d prefer to just run for either the Bronze or Copper Cup level, please note that on your team registration.