Excited might be an understatement. We are positively thrilled to reveal that Chip will be returning to Idaho’s capital city for the first time since his last trip to the show in 2005.

Highlighting a career as one of the industry’s leading designers and builders, Foose led a team of craftsman in the hit television show Overhaulin’, along with countless appearances on an assortment of other t.v. programs. 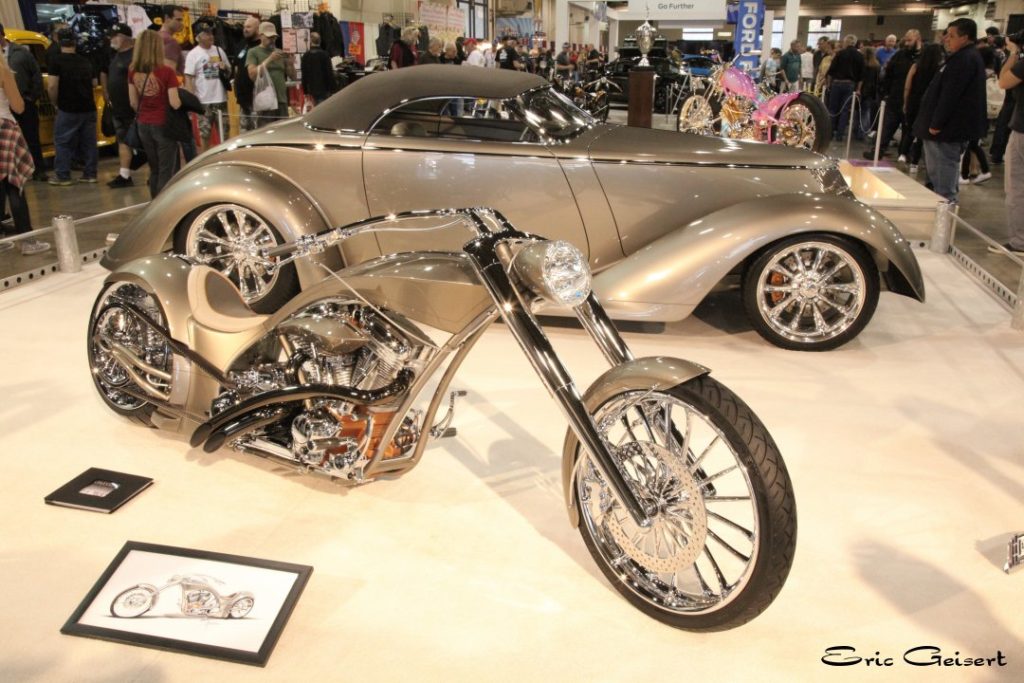 He will be joining Ken Reister with two remarkable builds out of Foose Design. Ken’s Colorado-based `36 Ford will be displayed together with his matching scratch-built chopper motorcycle that is breathtaking.

“Impression” has a list of titles that is likely unrivaled by any previous build in the show car industry. The car is a former Ridler winner from the Detroit Autorama; Goldmark winner in Boise; Street Rod d’Elegance winner at Goodguys Del Mar; and America’s Most Beautiful Street Rod at Goodguys Pleasanton, among many others.