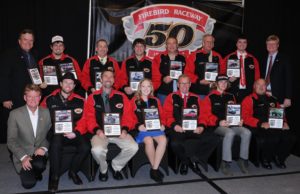 The Awards Banquet concluded a very historic 50th year of drag racing at Firebird Raceway. Staged at the Ballroom of The Riverside Hotel in Boise, hundreds of of people attended the season closing event on Sat., Nov. 4, 2017. 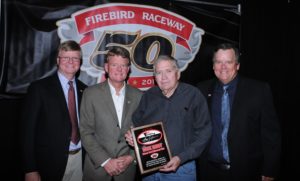 The New family recognized veteran racer Rick Kent for the 32nd Annual Racemaster award. As the final presentation of the evening, Kent received the very special Hall of Fame type of award. The American Falls resident attended the first event at Firebird in July of 1968. He also went onto win two titles that September with his 1968 Hemi Dodge Dart in the SS/B class.

Special thanks to Gary Himes and Alex Charlton for capturing the Banquet photos.