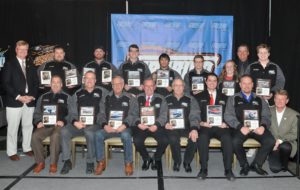 The Awards Banquet helped close out Firebird’s 2018 Drag Racing Season. The event was staged in the beautiful Ballroom of The Riverside Hotel in Boise. 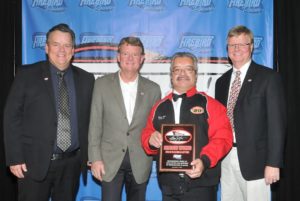 The New family recognized beloved announcer Steve Wong for the 33rd presentation of the prestigious Racemaster award. As the final presentation of the evening, Wong received a standing ovation from the near capacity turnout. One of the premiere announcers in our sport, Stevie was  quite taken in receiving the very special honor.